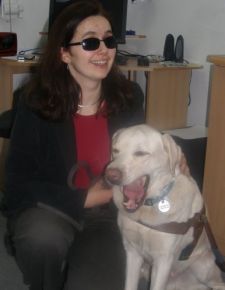 You're taking it a bit too literally.

A basic romantic set-up. Alice and Bob have never met each other, but they do have a common friend, Carol. Carol, being a total Shipping Fangirl, gives off a delighted Squee! when she realizes that Alice and Bob would be totally perfect for each other, and she quickly sets them up. Carol's role in all this is, naturally, fungible.

Sometimes they hit it right off. Other times it is pretty much the worst date ever. Ironically, which of these scenarios occurs has little to do with how the characters will fare long term — rather, it depends entirely on what the work in question is trying to accomplish. Comedic works will go with the bad date simply because it makes for better and funnier slapstick. Dramatic ones will go with the good date because it does a better job of stretching Will They or Won't They? tension.

Obviously, this trope was popularized because of its preponderance in Real Life as the result of parental match making and people actually going on blind dates, sometimes assisted by a dating service.