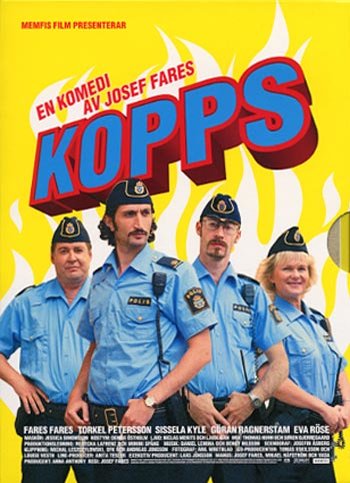 "Don't ever fuck with Benny the Cop."
"We just want to change the statistics a bit."
— Jacob
Advertisement:

Kopps is a Swedish comedy film from 2003 by Josef Fares.

Crime is nonexistent in the Swedish hicksville Högboträsk. The supreme authority decides therefore to close the local police station. Thereupon the police officers decide to enhance the criminal statistics on their own to prove that their little station is needed.