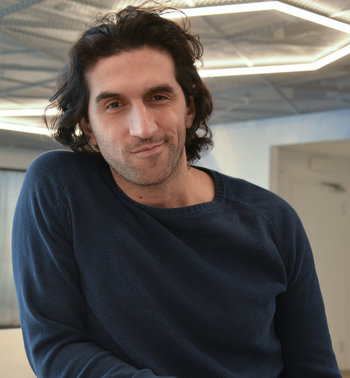 Josef Fares (born 19 September 1977) is a Swedish-Lebanese film director and game designer, born in Lebanon and moved to Sweden at 10 to flee the Lebanese Civil War. He is a well-known name in Swedish film industry, and is famous for his comedy films.

In 2010, he took interest in video game design, and started to work with local video game companies to create a video game about two brothers. The game became Brothers: A Tale of Two Sons, and propelled him to fame in a completely different media. Fares would later help found Hazelight with some his Brothers colleagues, developing A Way Out with EA as the publisher.

He was also known for a bombastic speech on The Game Awards 2017.