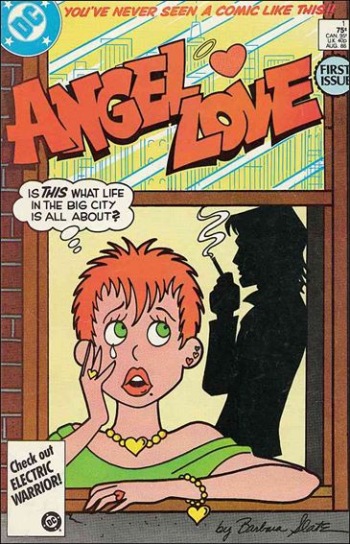 Angel Love is an eight-issue comic book series created by Barbara Slate and published by DC Comics in 1986. It tells the story of the lead character Angel Love, a rollerskating waitress at a New York restaurant who is an aspiring cartoonist. Her circle of friends include Cindy, another rollerskating waitress, Wendy, her aspiring actress roommate, and Everett, her musician neighbor. Despite the cute cartoonish artwork, Angel Love deals with serious issues such as drug use, abortion, critical illnesses, and incest, making the series confusing to market. The series ended with a special that concluded the events that the final four issues were dealing with, the story arc of Angel finding her long-lost sister Mary Beth.