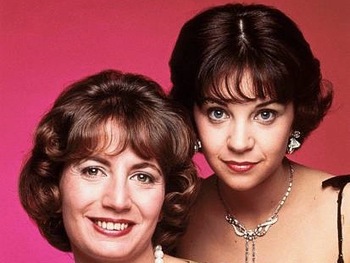 Laverne & Shirley was a sitcom, spun off from Happy Days and airing for 8 seasons (1976–83) on ABC, centering on two acquaintances of the Fonz who, when the series began, worked at a Milwaukee brewery in the late 1950s.

Fonzie "drops in" on his girl Laverne's show.

Fonzie "drops in" on his girl Laverne's show.