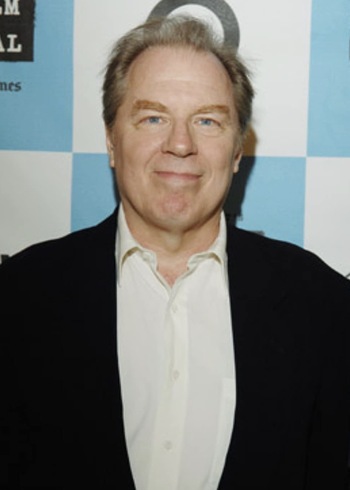 "I told you I didn't do it!"
Advertisement:

He has a solid résumé of film and TV work; dramatic roles are few-and-far between, but he's proven to be a versatile character actor when required. Among his best-known roles are Lenny (opposite David Lander's "Squiggy") in Laverne & Shirley, David St. Hubbins in This is Spın̈al Tap, Mr. Green in Clue and Chuck McGill on Better Call Saul.

McKean joined Saturday Night Live as a cast member during the tail end of the 19th season (his first episode was the one hosted by Olympic figure skater Nancy Kerrigannote which was originally supposed to be hosted by Michael Richards from Seinfeld and Fridays) and into season 20, cited by many as one of the show's worst seasons ever, joining Jean Doumanian's disastrous sixth seasonnote the one that had a strangely softspoken Gilbert Gottfried, Gail Matthius before she used her Valley Girl and Sarah Palin-sounding Minnesota soccer mom voices for 1990s kids' cartoons, and a young, up-and-coming black comedian named Eddie Murphy and Lorne Michaels' near-Creator Killer 11th seasonnote the season that had Joan Cusack, Robert Downey, Jr., Anthony Michael Hall, and Randy Quaid as cast members, alongside a pre-In Living Color Damon Wayans, a little-known cast member named Dan Vitale who left due to drug problems, Terry Sweeney — the first openly gay male actor ever to appear on American network TV, Danitra Vance — the show's first black female repertory player and the show's first lesbian of color, a lot of unhappy up-and-coming writers who jumped ship to work on The Simpsons [particularly George Meyer, Jon Vitti, and John Swartzwelder], and the only five cast members who would make it to the show's second Golden Age with Dana Carvey, Jan Hooks, Victoria Jackson, Kevin Nealon, and Phil Hartman: Al Franken, A. Whitney Brown, Jon Lovitz, Dennis Miller, and Nora Dunn. McKean only had one recurring character (Anthony the weatherman from "Good Morning, Brooklyn"), and did a handful of celebrity impressions, including Bill Clinton (replacing Phil Hartman's Clinton prior to Darrell Hammond's famous take on him), Adam West, Gary Busey, Jeffrey Dahmer, Robert Evans, Patrick Stewart, David Hasselhoff (as his character, Mitch Buchannon, from Baywatch), and Vincent Price (in the years before Bill Hader did his take on him). McKean holds the distinction of being the only SNL cast member to hostnote though Billy Crystal also holds that distinction of hosting before being a cast member and be a musical guest prior to being hired as a cast member.

McKean and his wife Annette O'Toole were nominated for the Best Original Song Oscar for writing "A Kiss At the End of the Rainbow" from A Mighty Wind. Both have appeared in the DC Comics universe as the Daily Planet Editor and Superman's high-school sweetheart/adopted mother, respectively.