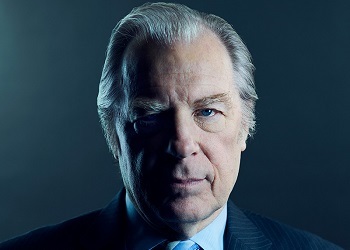 "The law is sacred! If you abuse that power, people get hurt."
Portrayed By: Michael McKean
What I know for sure is that the law is too important to be toyed with. It's mankind's greatest achievement; the rule of law, the idea that no matter who you are, your actions have consequences..."

Jimmy’s older brother Chuck, a name partner at one of Albuquerque’s most prestigious law firms, Hamlin, Hamlin & McGill, is a brilliant man who holds himself and others to the highest standards. However, he suffers from electromagnetic hypersensitivity, a debilitating affliction garnered under mysterious circumstances, which makes it challenging for him to lead a normal life. Chuck’s unyielding belief that doing the right thing is the only true path leads to a fraught relationship with Jimmy.