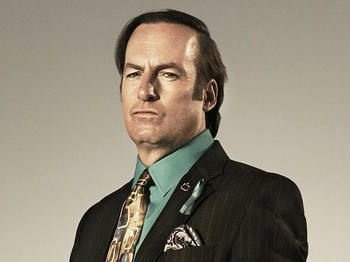 "Clearly [Walter's] taste in women is the same as his taste in lawyers: only the very best with just a right amount of dirty."
Jimmy McGill 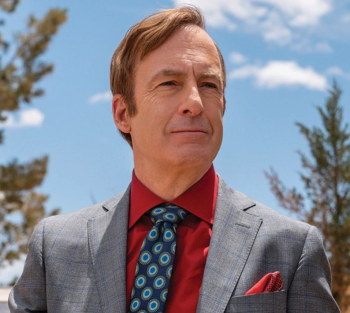 "I've been doing the 'right thing' for all these years now, and where has it gotten me? Nowhere!"
Gene Takavic 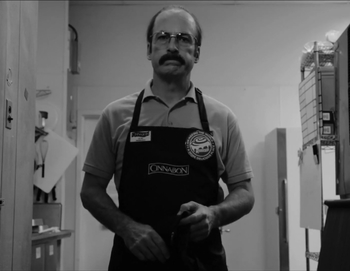 A scam artist-turned-attorney who helps the convicts and lawbreakers of Albuquerque, including Walter and Jesse, with their legal issues. Saul operates out of a strip mall office and runs late-night TV ads advising his potential clients that they'd "Better Call Saul!" when in trouble with the law. Humorous, extremely cynical, and very greedy, Saul's partnership with Walt and Jesse is problematic, yet successful due to his unusually high skill that belies his goofiness.

Before he became the amoral Saul Goodman, he was Jimmy McGill, a hardworking public defender struggling to make ends meet. He may not have had a Cadillac or a degree from an Ivy League university, but Jimmy's buoyant optimism and quick wit made him a forceful champion for his downmarket clients. Jimmy was a legitimate lawyer, an underdog fighting to make a name for himself, but his moral compass and his ambition were often at war with each other.

After the events of Breaking Bad, and with the help of an identity eraser, Saul Goodman has been living out his later life as Gene Takavic, the manager of a Cinnabon in an Omaha mall. Given the past he has chosen to run away from, he becomes an unassumingly-paranoid shell of a man trapped in a drab, monotonous existence, and horrified at the possibility of the authorities or former enemies finding him.