Father of Jimmy and Chuck McGill.

Mother of Jimmy and Chuck.

Mike's daughter-in-law and mother of his beloved granddaughter Kaylee, she's a health care worker who moved to New Mexico from Philadelphia in the wake of her husband's death. 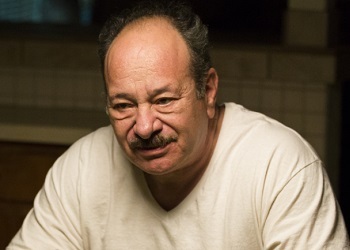 "And when will it be over for you?"
Portrayed By: Juan Carlos Cantu
"If you want to run, run. But me? No, I will not run away!"

Nacho's father, who runs a car reupholstery and detailing shop. Nacho works at the store in his spare time.

A wealthy mogul who wants Jimmy to help him secede from the United States. The deal falls through when he tries to pay Jimmy in currency which he printed himself.

An inventor who wants Jimmy to help him patent his 'talking toilet buddy' which says encouraging phrases to children as they potty-train. When Jimmy observes that the toilet's comments are more suited to erotica than toilet training, Roland throws him out.

An elderly lady who hires Jimmy to handle her estate planning. She later stars in a commercial Jimmy shoots for the Sandpiper case.

A resident of Sandpiper Crossing who hires Jimmy to write her will.

The owner of Duke City Recliners. He hires Jimmy to film a commercial for him.

The owners of ABQ In Tune, a music store in Albuquerque who consider hiring Jimmy to film commercials for them.

CEO of Mesa Verde Bank & Trust, who hires HHM to help with an interstate expansion project.

Owner of an oil drilling operation.

University Of New Mexico film students willing to work for peanuts, whom Jimmy hires to help him shoot videos. 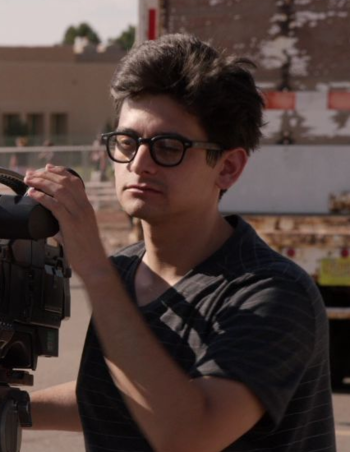 "I signed the form. Only I can touch the camera."
Portrayed By: Josh Fadem

A student at the University of New Mexico whom Jimmy occasionally hires to film him. He works the camera. 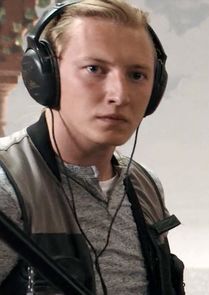 A student at the University of New Mexico whom Jimmy occasionally hires to film him. He works a boom microphone. 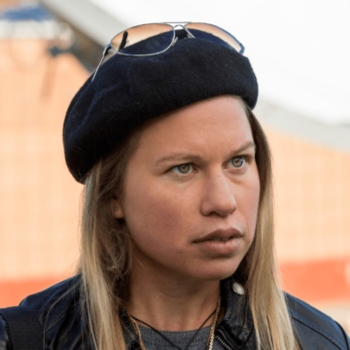 People scammed by Jimmy and Kim

An engineer who was scammed by Jimmy McGill and Kim Wexler.

People scammed by Jimmy and Marco

A businessman conned into buying a worthless half-dollar coin from Jimmy and Marco.

A man who is tricked into paying Jimmy hundreds of dollars for a fake Rolex watch.

A man who is almost scammed into paying for a fake watch.

Two women who sleep with Jimmy after he tricks them into thinking he's Kevin Costner.

A judge in a New Mexico court.

A commissioner in charge of determining whether or not the new Mesa Verde branch can open.

The doctor who is assigned to treat Chuck McGill at the hospital.

The insurance firm which provides malpractice insurance to lawyers working for HHM, as well as Jimmy.

An agent working for Santa Rosa.

The leader of a group counseling group attended by the Ehrmantrauts.

A woman in the grief counseling group that Stacey attends. She forms a friendship with Mike.

A member of the grief counseling group who lies about having a dead wife.

Employees at the Cinnabon where Jimmy works after fleeing New Mexico.

A taxi driver who picks up "Gene" from the hospital. He has an Albuquerque Isotopes air freshener dangling from his rearview mirror.

A waitress at Loyola's Diner, where Mike is a regular customer.

Portrayed By: Brendan Fehr
"You know, guys like you you think you're so damn smart, and you think you don't have to play straight with anybody. The wheel is gonna turn. It always does."

A US Air Force captain posted to a base with a famous bomber airplane. Jimmy resorts to unsavory measures in order to get some footage with the plane, which draws Bauer's ire.

Portrayed By: Frank Deal
"Think of community service as your jail time."

A supervisor who monitors people assigned to pick up trash for their community service.

The owner of Neff Copiers.

A records clerk in Lubbock, Texas.

The clerk at TravelWire in Albuquerque.