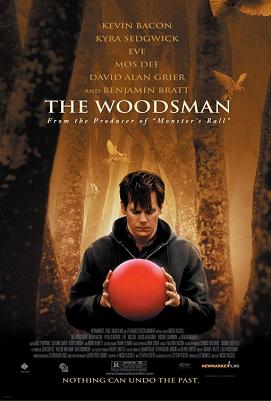 A 2004 drama film directed by Nicole Kassell and starring Kevin Bacon. It was adapted from the play of the same name by Steven Fechter, who cowrote the screenplay adaptation with Kassell.

Walter (Bacon), a convicted child molester, returns to his hometown after 12 years in prison, gets a job in a lumberyard and attempts to start a new life. Terrified of his co-workers finding out about his past, he mostly keeps to himself, until he meets the tough-talking Vicki (Kyra Sedgwick), who promises not to judge him for his history. But Walter himself cannot escape his past and the reawakening demons inside of him.

A small, quiet drama that neither downplays nor judges its protagonist. And it really lives through Bacon's great acting in a surely very difficult role to play.