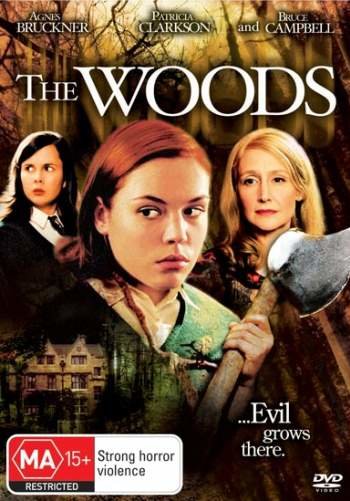 The Woods is a 2006 deconstruction of the horror genre, with a refreshingly low body count, directed by Lucky McKee.

It follows Heather, a rebellious teenager played by Agnes Bruckner, who is sent to an all-girl boarding school set against a large and spooky forest. She is given a scholarship after circling random answers on a test paper and starts to make a strong friend, and possible lover, in the nerd girl Marcy. From there we see Heather slowly realize the school is not all it seems and the teachers running the school are very closely linked to the forest and the disappearance of several classmates. Bruce Campbell plays a smaller role as Alice's father, Joe.