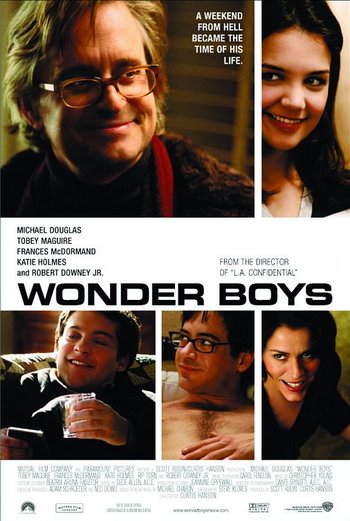 Wonder Boys is a 2000 comedy-drama film written by Steve Kloves and directed by Curtis Hanson. Based on the 1995 novel by Michael Chabon, it revolves around Pittsburgh college professor/novelist Grady Tripp (Michael Douglas) who, over the course of a weekend, has to handle a troubled student (Tobey Maguire), his unfinished novel (also called Wonder Boys), his pregnant girlfriend (the chancellor of the college and his boss' wife), a purloined jacket and a dead dog.