Film / The Woman in Black: Angel of Death 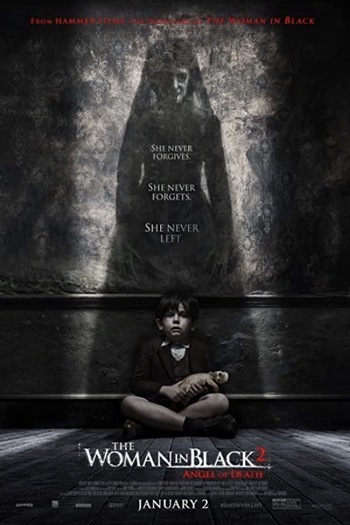 The sequel to the 2012 film produced by Hammer Horror, The Woman in Black: Angel of Death is directed by Tom Harper.

Set during the Blitz, it follows a young school teacher named Eve (Phoebe Fox) who accompanies her class when they are evacuated from London to escape the bombings. The group is sent to Eel Marsh House, a decrepit and distinctly eerie old mansion that's been abandoned for years. They soon realize, of course, that they are not alone, and that a dark presence with a decades-old grudge is haunting Eel Marsh House.