Invasion of the Baby Snatchers 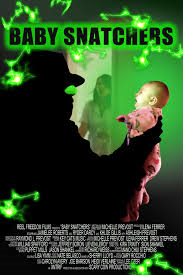 "We want...your children. We will take your children."
— The 456, Torchwood: Children of Earth
Advertisement:

Losing a child is the worst nightmare of many parents. Creators play into this fear by creating characters that steal children for a living. Aliens, evil elves/fairies, goblins and other inhuman creatures are notorious for this. If a human does this, chances are they're a very special kind of evil character, because Children Are Innocent.

There are many possible motivations for this. Perhaps the abductors have technology that's Powered by a Forsaken Child. Maybe their god demands sacrifice. It could be that they need Child Soldiers or slaves. Maybe they want a child of their own. Or maybe they just think that kids are delicious.

The name is a pun on Invasion of the Body Snatchers which is more of an Assimilation Plot than child kidnapping.