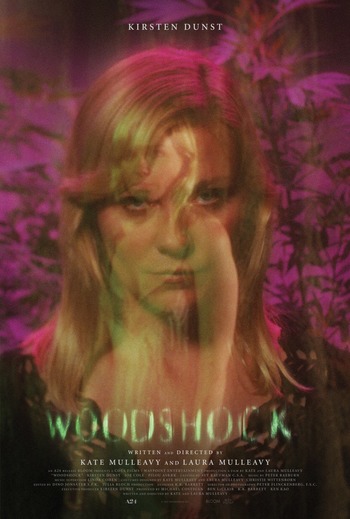 Woodshock is a 2017 psychological drama film written and directed by Kate and Laura Mulleavy, the sisters behind fashion label Rodarte, and starring Kirsten Dunst.

Theresa is a cannabis dispensary clerk in northern California who has been left reeling from the death of her mother (which she had a hand in) and uses marijuana to self-medicate. But when an innocent slip-up results in tragedy and Theresa finds herself unable to confess the truth of what happened, she experiments with the poison used to euthanize her mother, triggering a downward spiral that drags in everybody around her.

Woodshock was released on September 22, 2017, and distributed through independent film production company A24.

Not to be confused with the music festival Woodstock.