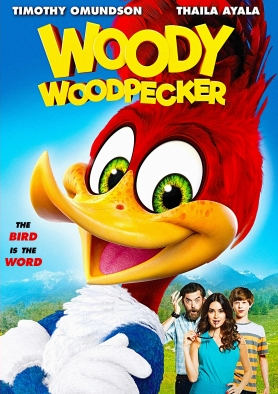 Woody Woodpecker is a 2017 American live-action/GCI comedy film directed by Alex Zamm, written by Zamm and William Robertson, and based on the eponymous cartoon character. The film focuses on Woody (Eric Bauza) working to save his home tree from getting cut down by attorney Lance Walters (Timothy Omundson), who wants to build a house in Woody's home forest.