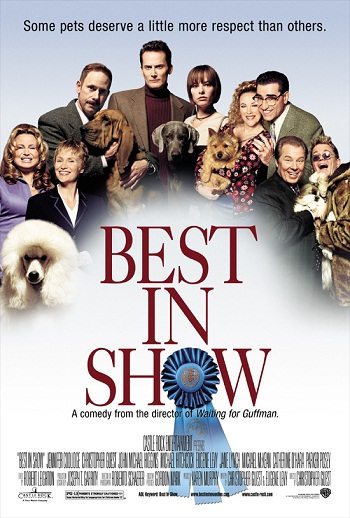 "Some pets deserve a little more respect than others."
—Tagline
Advertisement:

The movie follows five dogs and their owners who enter the annual Mayflower Kennel Club Dog Show, and the unique relationship the people have with their dogs and with one another. Best in Show features a heavily improvised script that results in some wild tangents concerning everything from red pistachio nuts to a grisly description of a body being flung off a skyscraper.