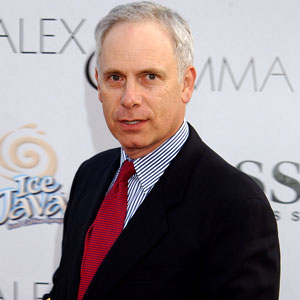 "Comedy is like music. You have to know the key and you have to find players with good chops."
Advertisement:

Christopher Haden-Guest, the fifth Baron Haden-Guest (born February 5, 1948 in New York City), known as Christopher Guest, is a British and American screenwriter, composer, musician, director, actor, and comedian best known for his mockumentaries, which include those below. Guest rarely shoots with a script, instead relying on putting together an ensemble of talented comic actors (including many SCTV alums), providing them with detailed backstories, and turning them loose.

Guest started out as a musician (he played with Arlo Guthrie at one point) before turning to acting and comedy. He was involved with National Lampoon when they were doing stage shows (particularly Lemmings, a parody of Woodstock). He was also a cast member on Saturday Night Live during the mid-1980s. Guest was a Weekend Update anchor after Brad Hall's departure, his time at the desk is considered to be unremarkable but most critics and fans do see it as a dry-run version for what Dennis Miller would bring from season 11 to season 16. As of 2020, he's the only member of British nobility to be an SNL cast member.

And, yes, he really is a Peer of the Realm (his paternal grandfather, Leslie Haden-Guest, was a British politician who was elevated to the peerage as the first Baron Haden-Guest in 1950; Christopher inherited the title from his father, the fourth Baron, in 1996). He was even active in the House of Lords (although he believes that the chamber should be reformed into a democratically elected body) until his seat was abolished in 1999 by reforms enacted by Tony Blair.

He's been married to Jamie Lee Curtis since 1984. His brother, Nicholas Guest, is also an actor in his own right, while his half-brother, Anthony Haden-Guest, is a writer.

Guest has also acted in: