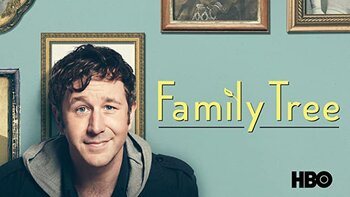 Family Tree is a television series running on HBO in the USA and BBC2 in the UK, created by Christopher Guest. The show stars Chris O'Dowd as Tom Chadwick, an unemployed and recently dumped man who decides to use his free time to investigate his genealogy.