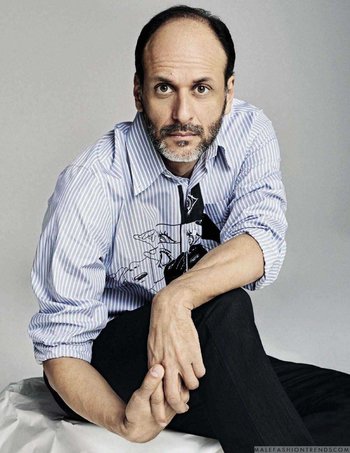 Guadagnino is best known for his work on intimate, low-budget dramas. His 2009 film I Am Love brought him to greater international consciousness, which he then followed up with A Bigger Splash in 2015. Both films star Tilda Swinton, with whom he's a frequent collaborator.

His 2017 film Call Me by Your Name, based on the novel by Andre Aciman, is perhaps his most recognized and celebrated work to date. It was nominated for three Academy Awards, including Best Picture, Best Actor (Timothée Chalamet), Best Original Song ("Mystery of Love" by Sufjan Stevens), and won Best Adapted Screenplay (James Ivory).

Guadagnino followed the success of Call Me By Your Name with a remake of the 1977 Dario Argento horror film Suspiria, starring the aforementioned Swinton and Dakota Johnson, the latter of whom he also worked with in A Bigger Splash. He also has adaptations of Lord of the Flies (written by Patrick Ness), and Scarface (written by The Coen Brothers) in development.