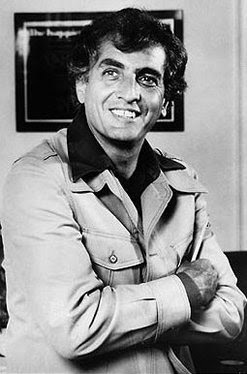 A sickly Bronx boy whose father was a producer of industrial films and whose mother who was an avid amateur dance teacher, he eventually became a drummer and a humor writer which accommodated his weak health.

After studying journalism and a stint in the U.S. Army where he served in the Armed Forces media services, he moved to Hollywood and became a television writer, partnering with Jerry Belson on such programs as The Dick Van Dyke Show, The Danny Thomas Show, and The Lucy Show.

Eventually, he moved up to producer and became one of the dominant ones in the 1970s with major comedy series like The Odd Couple, Happy Days, Laverne & Shirley (which co-starred his sister, Penny Marshall), and Mork & Mindy (which gave Robin Williams his major break into stardom).

From the 1980s onward, he directed comedies like The Flamingo Kid, Beaches, and The Princess Diaries and occasionally worked as an actor and voice artist in both film and television. In 2016, he died in a Burbank, California hospital of pneumonia after suffering a stroke at age 81.