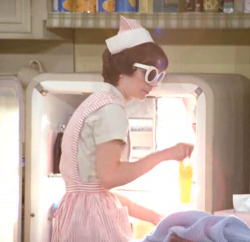 Old bulb broke, only had a 300 watter.
A Comedy trope in which a light is far brighter than any Real Life light of that type, or possibly anything short of the sun. Generally established by panning all the way out to space with the beam still visible. Bonus points if the light bulb used is a tiny incandescent one.note The gag doesn't work as well with LED technology, where it's the norm for a tiny 4mm lamp to put out almost twice the light of a domestic filament bulb.
Advertisement:

Can lead to Blinded by the Light. Compare Nuclear Candle and Photoflood Lighting. May be a component of Over The Top Christmas Decorations.