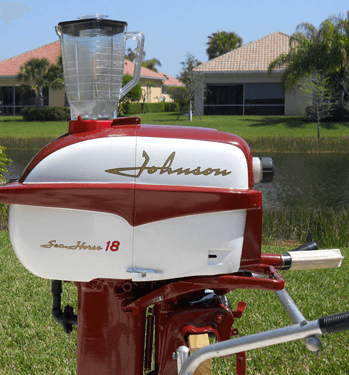 Everything must blend! EVERYTHING.
"MORE POWER!"
— Tim Taylor, Home Improvement

If your Applied Phlebotinum is broken, you can usually fix it by increasing the power.

Can't outrun the bad guys? More power to the engines. The top speed of a space ship is totally independent of its design and mechanics, and is simply a function of how much raw power it has.

Shields failing? More power. Critical pieces burning out? You'd think the solution would be to reduce the strain on that component, but no, the solution is to increase the power. The Negative Space Wedgie has nullified the physical principles on which the ship works? Turn up the power and it'll get scared and back off. Can't compute the Nth digit of pi? Increase power to the computer. Even missing or broken parts can be temporarily replaced by increased power. With the power up so high, it's no wonder there's so much Explosive Instrumentation.

Sometimes, this is subverted, and more power is a good way to destroy everything. In these cases, it may be time to Reverse the Polarities instead. If things are really bad, you do both.

Named for the lead character of the sitcom Home Improvement, who constantly tried to give various appliances and tools "more power." However, this typically - and on some occasions literally - blew up in his face.

Compare Up to Eleven. Oven Logic is what happens when Tim Taylor Technology is applied to cooking.

Not to be confused with the occasionally-formidable Tim Brooke-Taylor Technology, or with needing more fire-power.