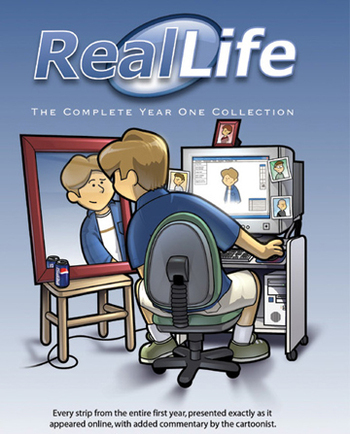 is a Life Embellished webcomic by Maelyn Dean. It's not as faithful to real life as it claims, but the majority of the cast does consist of the Author Avatar and people she knows. The comic has been going since 1999, making it among the oldest webcomics out there, predating Keenspot, Megatokyo, and Bob and George.
Advertisement:

Not to be confused with, well, Real Life.