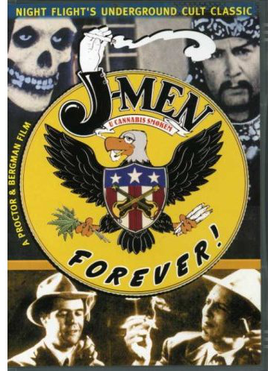 The Firesign Theatre's most successful production beyond its audio work was this Gag Dub homage to the Republic Film Serials of the 1930-50s, consisting of several serials spliced together into absurdity. The villainous Lightning Bug schemes to conquer the Earth with Sex, Drugs and Rock & Roll, and only the J-Men — a dedicated team of tight-assed straights...err, straight-jawed men-in-tights — can stop him!