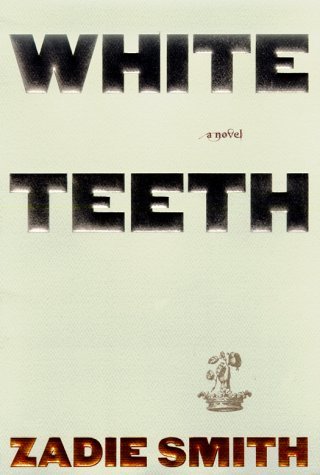 White Teeth, a 2000 novel by Zadie Smith, chronicles the lives of two World War II veterans and their families in late-twentieth-century London. Samad Iqbal is an intelligent and voluble but underemployed waiter, and Archie Jones is a laconic and indecisive everyman, but they are drawn together by their shared experiences in the war, similar family situations, and mutual need for a balancing influence.

When Samad's son Millat, Archie's daughter Irie, and their classmate Joshua Chalfen are accused of using drugs on school property, Joshua's intellectual parents decide to be an uplifting influence on the poor working-class children. Joyce Chalfen aspires to become a mother figure to the Troubled, but Cute Millat, while Marcus Chalfen decides that Irie Jones and Millat's more studious twin Magid can be of assistance in a controversial experiment he is conducting.

As the three families become involved with religious fanatics, political intrigues and ethical dilemmas, it becomes apparent that the fate of a single mouse may rest in their hands.

In 2002, the book receive a British TV drama adaptation. The show was broadcast by Channel 4 and it was directed by Julian Jarrold and adapted by Simon Burke. The series was split into four short self-contained stories about three families in multi-cultural Britain, whose lives are woven together across three decades, from 1974 to 1992.

Tropes Specific To The TV Adaptation: