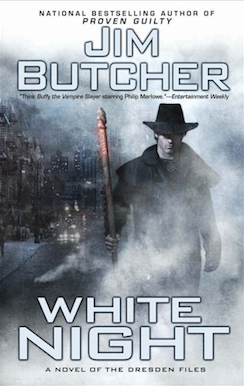 The One With… the rest of the White Court Vampires

When Harry Dresden investigates the deaths of magic practitioners in Chicago, he finds that all clues point to an unlikely suspect—his half-brother Thomas. Determined to clear Thomas’s name, Harry finds himself unraveling a conspiracy within the White Court that threatens everything he holds dear...

White Night is book #9 in The Dresden Files.