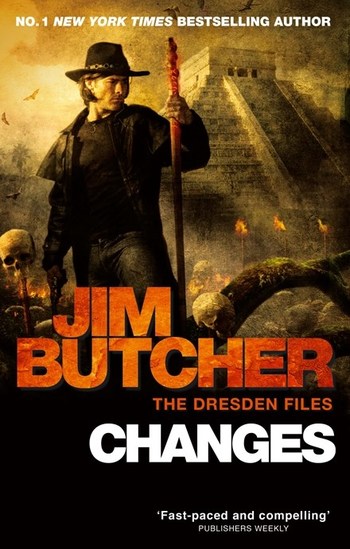 The one where everything changes.

When Harry picks up the phone and hears those words from Susan, his half-vampire old flame, he is shocked. After their kinky tryst in Death Masks, she gave birth to a baby girl, put her with a foster family, and never told him about it. Until, that is, young Maggie is kidnapped by the Red Court, who seek to kill her to get at her parents.

Harry rallies every ally and resource he can get his hands on, to help storm the Red Court base of operations in Mexico, rescue his daughter, and maybe even strike a real blow in the war against the vampires.

Things don't quite go according to plan.

Changes is book #12 in The Dresden Files.