A Magic Contract Comes with a Kiss 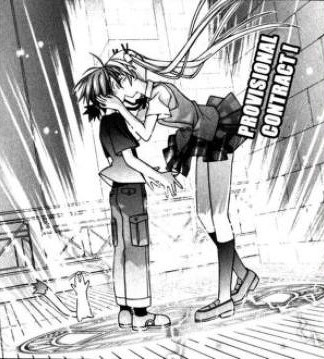 The Unsound Effect was just a signing bonus.
"Touch your tongue to mine."
— Oobi-Doobi Kanoobi, Thumb Wars
Advertisement:

Note: Whilst Magic Contract Romance is only when a romance is ensued between the contractee and the contractor, this trope is the kiss that initiates the contract. Know the difference.

This is a subtrope of Magic Kiss.