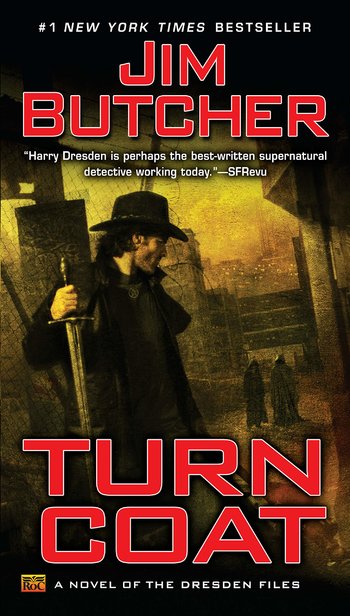 Warning! All spoilers for previous books are unmarked on this page!
Advertisement:

The One With… Morgan and the Naagloshi.

Turn Coat is book #11 in The Dresden Files.

He's been accused of murder and treason but escaped the Wardens. Now his own men are after him.

The only way to clear Morgan's name is to find the real traitor on the White Council and expose them. Of course, Harry isn't exactly on friendly terms with most of the council, so if he's not careful, he's just going to end up getting killed right along with Morgan.

Have we mentioned how much he dislikes Morgan?