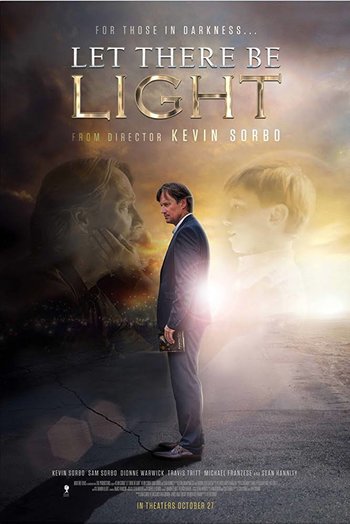 Let There Be Light is a 2017 American Christian drama film directed by and starring Kevin Sorbo and written by Dan Gordon and Sam Sorbo.

Outspoken atheist Dr. Sol Harkens is something of a celebrity. One night he suffers a drunk driving accident and crashes into a construction site. Suddenly surrounded by a light tunnel, he sees hallucinations of his young son David, who died a few years prior from cancer. His son enthusiastically claims that he's alright and he should let God's love fill him, proclaiming "Let there be light!" as Harkens comes out of unconsciousness. The experience leaves Harkens struggling with a crisis of science versus faith, of which he is helped by his Christian ex-wife Katy.