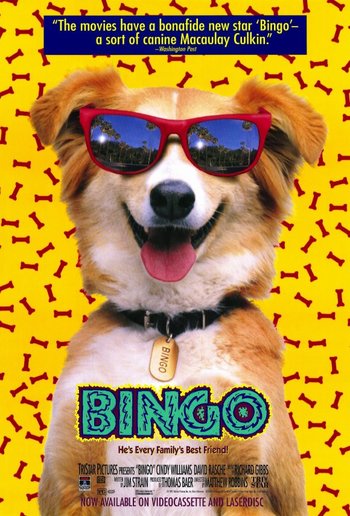 Was his name-o!
Advertisement:

A story of a boy and a dog separated after the boy's football-player father changes teams and results in the whole family moving state.

The dog, Bingo, a former circus dog who fears fire, goes on a cross-country hunt to be reunited with his best friend.

Not a film of the actual Tabletop Game.