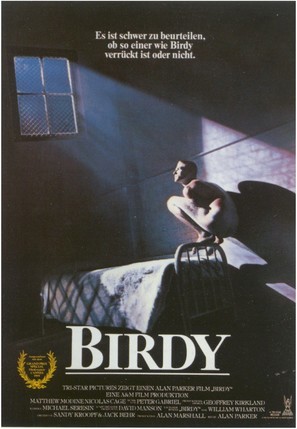 Birdy is a 1984 American drama film directed by Alan Parker and starring Nicolas Cage and Matthew Modine, based on the novel of the same name by William Wharton. The film's score was composed by Peter Gabriel. Set in 1960s Philadelphia, the film focuses on the friendship between two teenage boys, Al Columbato (Cage) and Birdy (Modine). The story is presented in flashbacks, with a frame narrative depicting the boys' traumatic experiences in Vietnam.

Not to be confused with the British singer of the same name.