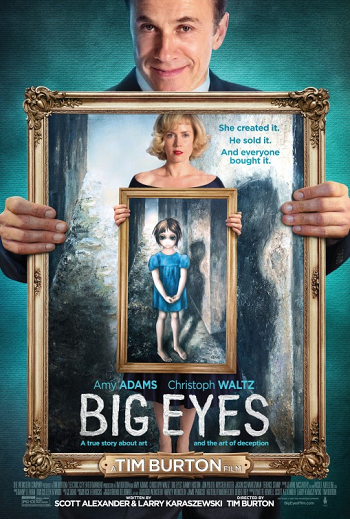 "Why, I created these children."
— Walter Keane
Advertisement:

(Amy Adams), a housewife whose paintings of waifs with large eyes became famous in The '50s, as her husband, Walter (Christoph Waltz) took the credit for them. In The '60s, she takes him to court in order to prove once and for all who the true artist is.