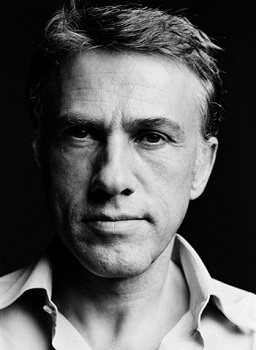 Christoph Waltz is an Austrian actor (born 4 October 1956 in Vienna).

His career revolved mainly around theatre and television in Europe... until he was cast as SS Standartenführer Hans Landa (a.k.a. "The Jew Hunter") in Quentin Tarantino's Inglourious Basterds, a groundbreaking role that brought him international fame and acclaim. He has been regularly cast as a villain or mentor figure since. He is fluent in German, French, and English and speaks all three of the languages by himself in both Tarantino movies he appeared in.note even if he spoke some Italian in Inglorious Basterds, he's not fluent in real life

Waltz has also won the Academy Award for Best Supporting Actor twice so far, for his roles in the aforementioned Tarantino movies.

His roles include:
Advertisement:

Blofeld gives Bond a very harsh one in the climax, consider how he was behind all of Bond's miseries since Casino Royale (2006).

Blofeld gives Bond a very harsh one in the climax, consider how he was behind all of Bond's miseries since Casino Royale (2006).