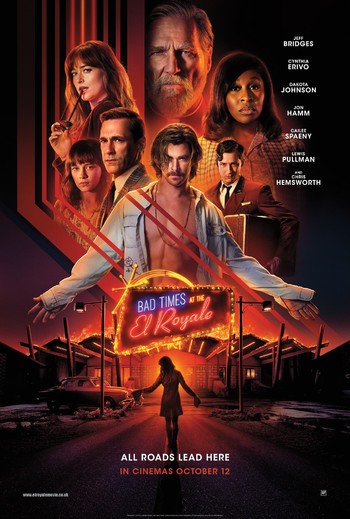 Bad Times at the El Royale is a 2018 neo-noir crime/mystery thriller written and directed by Drew Goddard.

Set in the late 1960s, it follows seven strangers, each with their own agenda, who meet at the El Royale hotel located on the California-Nevada border. Among them are a priest (Jeff Bridges), a lounge singer (Cynthia Erivo), a vacuum-cleaner salesman (Jon Hamm), two sisters (Dakota Johnson and Cailee Spaeny), a cult leader (Chris Hemsworth), and the hotel's sole employee (Lewis Pullman).