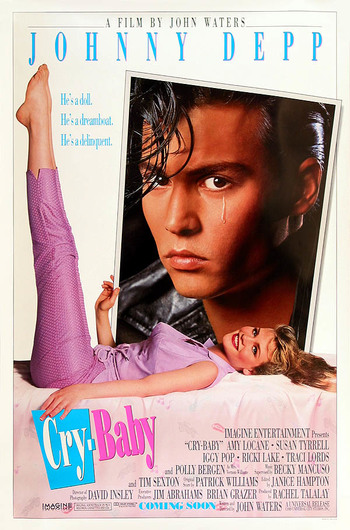 He's a doll. He's a dreamboat. He's a delinquent.
Advertisement:

Set in The '50s, it tells the classic story of Star-Crossed Lovers — "square" Allison Vernon-Williams (Amy Locane) falls for Wade "Cry-Baby" Walker (Johnny Depp), leader of the local "drapes" in their Baltimore neighborhood — and the upheaval their romance causes between the hillbilly drapes and the uptight squares.

Did we mention it's a musical?