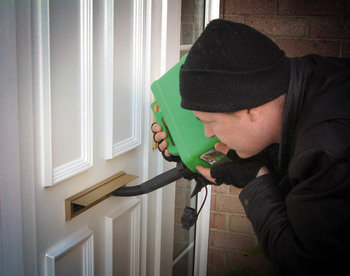 At least it's not junk mail.
Advertisement:

A way to get someone who is locked up inside their home or other shelter. You pour fuel in through the mail slot in the door, or some other convenient opening, and then follow it with an ignition source, such as a flaming rag. Your victim will now find themselves trapped in a House Fire that they have locked themselves inside.

Needless to say, this is a technique that has been employed in Real Life.