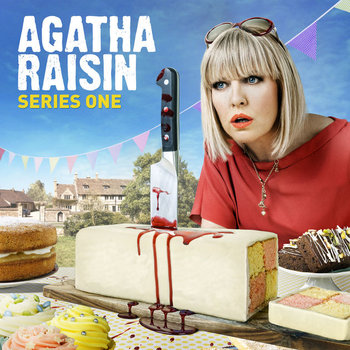 Agatha Raisin is a British comedy-drama based on the novels of M.C. Beaton. It began with a pilot titled Agatha Raisin and the Quiche of Death in 2014, and was followed with an eight-part series that first aired in 2016.

Agatha Raisin, PR whizz, gives up her successful life in London, landing with a bang in the quiet village of Carsely with hopes of beginning a new dream life. Bored, lonely and used to getting her own way, Agatha finds that life in the Cotswolds isn't quite the picture-perfect existence she imagined... and when her high-flying city attitude is met with puzzlement and suspicion from country locals, Agatha enlists the few allies she can find. Among them are DC Bill Wong, a lovelorn local policeman; Gemma Simpson, her suffer-no-fools cleaning lady; and Roy Silver, a faithful former assistant from London. But with her unique brand of feisty truth telling finding little favour, it seems the community is not quite ready for the acerbic Agatha.