Series / Against the Wall 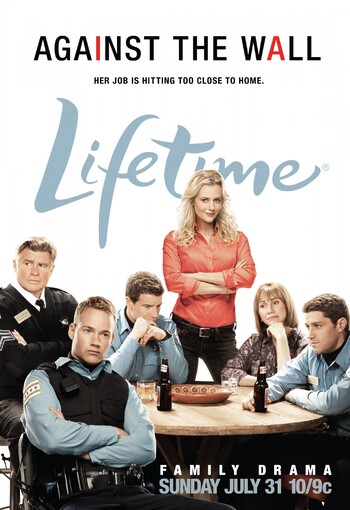 Against The Wall is an American crime show that premiered on Lifetime in July 2011. It follows Det. Abby Kowalski (Rachel Carpani) as she breaks from her family policing tradition to join the Internal Affairs Division of the Chicago Police Department, and the turmoil that brings to her life plays out alongside the her investigation of the Mystery of the Week. Key characters include the heavily-pregnant Detective Lina Flores, her partner at IA, and the rest of the Kowalski family including father Don Kowalski and older brothers Richie, Steve and Donnie Kowalski (all beat cops).
Advertisement:

Compare to Blue Bloods, a show with a similar concept set in New York.