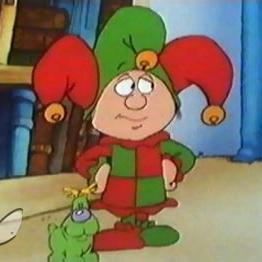 "Alias the Jester was a time traveller bold
Through sheer bad luck his ship got stuck in the Earth's magnetic hold.
From the middle of space
To the Middle Ages"
Advertisement:

A children's cartoon from Britain's Cosgrove Hall, which featured an alien time traveller named Alias, who crashed into Earth in the Middle Ages. There, he adopts the disguise of a Jester, and gains employment in the court of King Arthur (just a King Arthur, not the King Arthur). Hilarity Ensues.