Littering Is No Big Deal 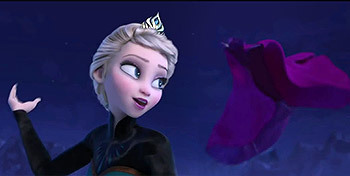 As a fictional character, your time on screen is short. Plus you're often dealing with dramatic or important events. You don't have time to bin your unwanted items. It's much more convenient to just drop them in the street or do a Blind Shoulder Toss. And it's much more dramatic to fling them aside (or into the ocean). In fiction land it seems, littering is no big deal.

Other characters are very unlikely to call the litterer on this, unless they are already established as the Granola Girl, or do it as a parody. Also note that attitudes towards littering have changed over time. In older works, it's not likely to be considered an issue. As more people realise the impact that littering has on the environment, the more noticeable this becomes.

Related to the Rule of Drama. It's usually much more dramatic to physically cast off the hindering item than to conscientiously carry it over to the nearest waste disposal unit. Also related to the Law of Conservation of Detail . Is it really worth screen time to include shots of the character traipsing to the bin?

Can overlap with What Happened to the Mouse?, when people start wondering what the consequences would be of the discarded item lying around for someone else to find.

Note that life or death situations don't apply here (e.g. Throwaway Guns), since in those cases it's really not sensible to worry about littering.

Presumably in the character's universe there aren't too many people doing this (or they have a fantastic street cleaning service) because you rarely see the inevitable result of widespread littering. Contrast Jaywalking Will Ruin Your Life. See also Money to Throw Away.

Nozomi gets scolded for casually throwing away her shirt.

Nozomi gets scolded for casually throwing away her shirt.