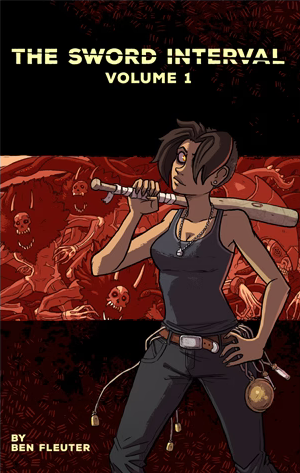 An Urban Fantasy webcomic by Ben Fleuter that started in 2015. It can be read here

The world is on the verge of a supernatural apocalypse. Most people go about their daily lives trying to ignore the threats of magic and monsters, but there are some people who face the danger head-on, who fight the monsters.

Fall Barros is one of those people. When she was 12 years old, her parents were killed by the Hierophant, an extremely dangerous undead sorcerer. Up until recently, she was in the supernatural witness protection program, but she's recently left to hunt the Hierophant down.

She teams up with experienced hunter David Shimizu, and the two of them go hunting, with the ultimate plan to find a way to kill the Hierophant once and for all.