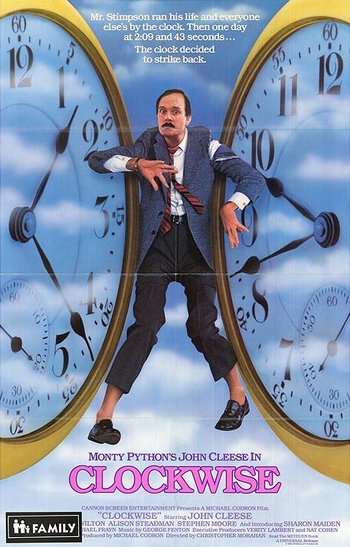 Brian Stimpson (Cleese), a school headmaster obsessed with organization and punctuality, sets out for Norwich to give an important speech at the annual Headmasters' Conference but runs into all sorts of complications after missing his train and then losing the text of his speech. Along the way he encounters Laura (Sharon Maiden), one of his pupils, and Pat (Penelope Wilton), a former girlfriend, both of whom get involved in his mad journey.