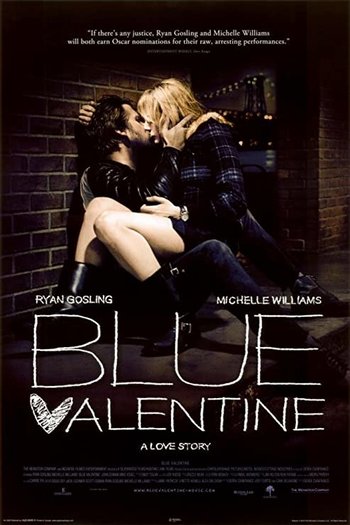 Yeah, sure, "A Love Story".
Advertisement:

The film is about the doomed marriage of Dean (Ryan Gosling), an uneducated man working for a moving company, and Cindy (Michelle Williams), a medical student. The film cuts between their early relationship and a weekend several years later, after they are married and presumably near the end of their relationship.

The film features a score composed by the indie rock band Grizzly Bear. Michelle Williams was nominated for a 2011 Best Actress Academy Award for her role as Cindy.

Blue Valentine has examples of: