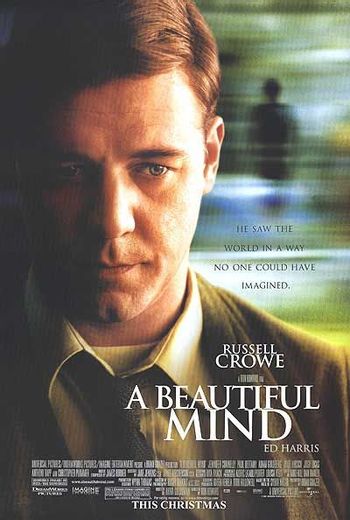 A Beautiful Mind is a 2001 American film based on the life of John Forbes Nash, a Nobel Laureate in Economics. The film was directed by Ron Howard and written by Akiva Goldsman. It was inspired by a bestselling, Pulitzer Prize-nominated 1998 book of the same name by Sylvia Nasar. The film stars Russell Crowe as Nash, along with Jennifer Connelly, Ed Harris and Paul Bettany.

The story begins in the early years of Nash's life at Princeton University as he develops his "original idea" that will revolutionize the world of mathematics.