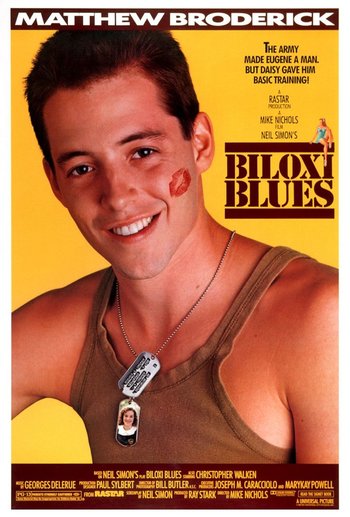 A 1988 film directed by Mike Nichols and adapted from the second play in Neil Simon's "Eugene trilogy", Biloxi Blues is set during the later half of World War II and follows the story of Eugene Jerome (Matthew Broderick) as he heads to the film's eponymous town for basic army training. There, he comes face-to-face with the kooky drill sergeant by the name of Merwin J. Toomey (Christopher Walken), and tries to get along with other soldiers in his platoon.