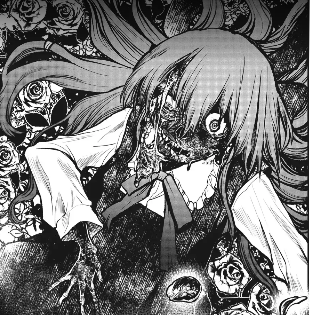 If you think Ellen looks bad here, you haven't seen the many ways she'll kill you just to look good.

The Witch's House, game and the actual place, is many things. Beautiful, a place people would want to live at, has every amemity available to service your every need. The one thing it isn't is safe. It is a place where Everything Trying to Kill You is in full effect, and there is so many ways the game provides nightmares and horror.

The House
The Story
The Many Deaths Of You