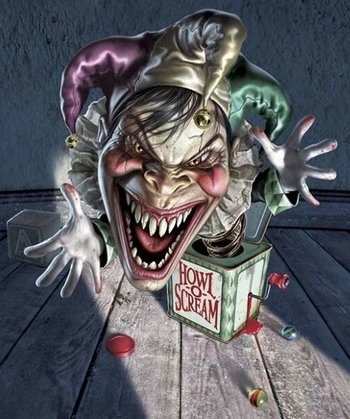 A Jack-in-the-box is often a staple of childhood playtime and entertainment. Most times, it can be a fun toy for children to play with, but occasionally, it can also be a form of Nightmare Fuel for some. Either way, you can expect to see Jack-in-the-boxes pop up in media.