Sealed Evil in a Teddy Bear 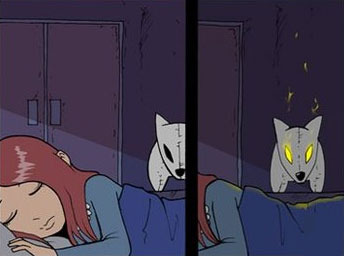 An otherwise fearsome character gets trapped in a cutesy body. This reduces him to the status of Cuddly Mascot or (for more literal cases) Companion Cube. But there are times when he'll be able to break out the fearsomeness again — most obviously in service to his mistress/master because that's when the seal is most likely to be loosened.

See Fluffy the Terrible and Deathbringer the Adorable; see also Sleep-Mode Size. Is almost always also a case of Leaking Can of Evil. May cause Killer Teddy Bear. Happy Fun Ball is the inanimate equivalent.